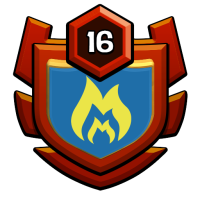 Our Approach to the Clan War League (CWL)

We are in Masters 2 league in the CWL.

As a guide, all Clan members will be included in the monthly war roster, so long as they are active and donating (N.B. for Alt accounts, the overall contribution of that player will be taken into account).

The Leader (or Co-Leader where delegated) will select 15 Clan members for war, based on:

The Leader (or Co-Leader where delegated) may ‘substitute’ a war participant for: